The Playground of the Paranormal 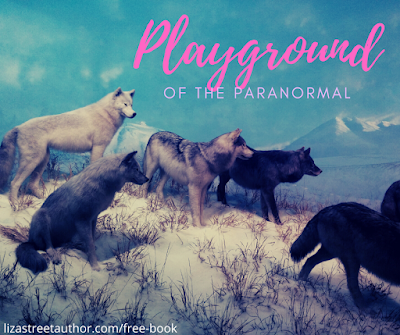 I’ve been writing shifter romance since 2016—a little earlier if you count some terrible books which shall never see the light of day. However, I started reading shifter romance much earlier than that, probably in the early 2000s.

Early into my reading, I found that I loved the different paranormal “worlds” almost as much as the characters themselves. They each had their own set of rules, and I was eager to figure them out with each new series I picked up.

My Fierce Mates universe has a few rules that I wanted to follow from the start.


None of these rules is original in and of itself—I’m not treading new ground or anything like that.
Why have the rules to begin with? Isn’t it limiting? What if I want a hamster shifter? What if a story is just begging for a hapless heroine to be bitten by a wolf so she can become one, herself? Some might think that having the rules in place, and continuing them through several series, would be limiting. For me, however, it has been freeing. When I know the boundaries, I can play through them, stretching my universe where allowed. At times, I can subvert those rules. Shifters can sense lies…but what happens if they meet someone who can successfully lie to them? I tried that in my book Ruthless Misfit and I loved how it turned out. The hero, also a shifter, had been forced to hone dishonesty by a terrible childhood.

When I first started writing shifter romance, in my Sierra Pride series, the only paranormal beings present were shifters. But I never specifically said that vampires didn’t exist, so when I wanted to expand the universe in the Corona Pride series, I was able to do that. Recently, witches were added to the mix, and beings with different abilities, too.

Why not have these other supernatural characters from the start? To be honest, when I started in 2016, I didn’t know how far I was going to take my Fierce Mates world. I’d never published a book on my own, and if this whole independent author thing didn’t work out, I was fully prepared to walk away. But the Fierce Mates books started gathering a small, devoted audience. I needed to write more books. But I wasn’t going to be happy repeating the same stories over and over again, so I made the world bigger by introducing new groups and new supernatural creatures. Some shifters got new abilities—Matt in Ruthless Misfit can tell lies. Doug in Savage Penance can complete his shift from human to animal in half a second. Bryce in Ruthless Outlaw can walk through dreams.
This process has shown me the beauty of creativity, especially within the playground of the paranormal. As I develop a new series, Junkyard Shifters, I’m once again starting with the basics—shifters. And as the world expands, so do the possibilities. 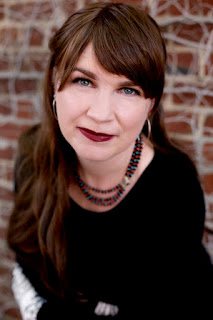 Liza likes her heroes packing muscles and her heroines packing agency. She got her start in romance by sneak-reading her grandma's paperbacks. Now she’s a USA Today bestselling author and she spends her time writing about hot shifters with fierce hearts. You can find her upcoming release, Filthy Beast, by visiting https://books2read.com/filthy-beast.

Join Liza's mailing list and get Fierce Heartbreaker for free, as well as an exclusive Sierra Pride prequel story and more fun bonuses! Check out Liza's Free Book page to get started: https://lizastreetauthor.com/free-book.

The Playground of the Paranormal

by Liza Street I’ve been writing shifter romance since 2016—a little earlier if you count some terrible books which shall never see ...